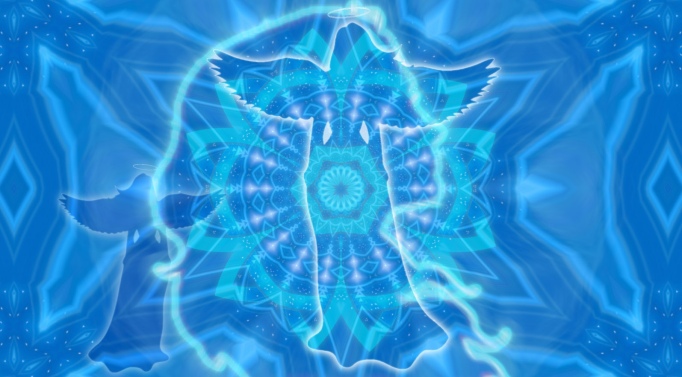 “This time is something we have been waiting for and working to embody for a very long time. During the last quarter of 2019, the Krystal Guardian Host’s Christos Mission has greatly accelerated into several continuous group gridwork projects made possible through an ongoing series of Paliadorian activations. These have been primarily focused upon the reclamation of the Solar Feminine Christ through the newly available embodiment levels of the Christos-Sophianic template. The ongoing themes for the reclamation of the Christos mission in 2020 include the retrieval of Solar Feminine Melchizedek aspects from the black hole system, the repair of the Mother’s code language made through the reassembly of planetary Cathar architecture, the corrections made in the instruction sets in the field designed to fully embody the Sophianic template, and the mass spiritual healing of the true female principle returning to the earth. Holographic corrections are being made to many layers…

“The Seven Suns frequencies make up the new base shield template that replace the 3D Grounding Mechanism, that existed in the lower three chakras and in the earth chakra interface. The Krystal Waters are the eternal living waters sprung forth in the first eternal creation, and are to be called upon to soothe and heal the soul and crystal heart and Diamond Sun body. The state of resurrection that exists as the dark matter body alchemically transforms itself through the intense heat of spiritual fire and bursts into pure light matter, is what defines the building of the eternal Eukachristic spiritual body. The beloved Aurora flows are very clearly helping to build the earth’s dark matter body layers, with flickering and glittering opalescent rainbow pearl energies being observed as they are weaving through the layers, in a beautiful tapestry of flowing currents. As the planetary body is able to hold these…

“Now we evolve into the Krystal Star hosting phase of the planetary consciousness evolution or Ascension cycle, which begins the krist and krystal trinity wave structure rehabilitation through the truth spirits of the Guardian Host. This allows the Liquid Plasma Waves Krystal Forces and Open Source current to wash through the many energetic tributaries, ley lines and meridians within the planetary consciousness field to repair and rebuild the original human template of the Diamond Sun Body. This begins the cycle of consciousness rehabilitation, re-education and repair of the planetary body and original human DNA architecture to fulfill the Reclamation of Christos Mission.”

In January 2013, our planet has come to the time of the promised return of Christ Consciousness, and the externalization of the Krystal Star presence (the Cosmic Christos Unity Consciousness) is beginning now to rehabilitate the organic Timelines for the GSF Ascension timeline made for preserving…

“The Personal Christ identity is reintegrated and embodied within the Krystallah eternal lightbody template in which was reclaimed on planet earth in the cycle of Morphogenesis, or Rise of Paliadorians that began in 2018. The new non-polarized base shield begins to build the completed Eukachristic Body for the Avatar Christos-Sophia consciousness, which is considered the Stairway to Heaven, the access into the Ascension Earth. Further, this subsequently develops into the Krystallah eternal lightbody, the vehicle for the Omniversal Personal Christ on earth and beyond, in its unified male-female hierogamic expression.”