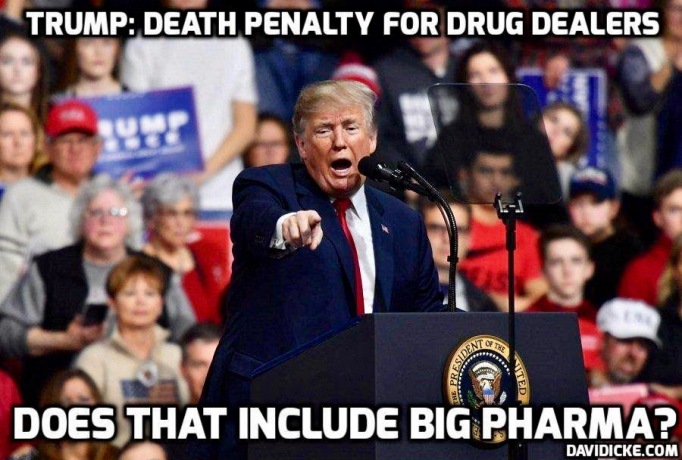 “Nobody, almost nobody has been punished for it. The Sackler family, which owns Purdue Pharma, made $13 billion selling painkillers. They are still rich. None of them have gone to prison. Nor have many other who executives who profited off of the destruction of American communities. Nobody is ever punished for the real crimes, the ones that really hurt people. The invasion of Iraq. The sub-prime mortgage disaster. The plundering of this nation by the Chinese government. In Washington, all of those are minor. They’re forgivable if you know and pay off the right people, which they invariably do. If only the Sackler family had fibbed about some emails that didn’t matter, or had a phone call with a Russian ambassador, maybe Washington would finally care.”

Tucker Carlson blasted the American pharmaceutical industry, claiming they are responsible for “the single greatest human catastrophe to ever afflict the country.”