“Many humans on the earth today are the result of alien hybridization, and as such, have a genetic predisposition that allows them to be a host body for a variety of extradimensional entities. When a human has been genetically modified by an alien species, it allows that body to be used as a portal for that alien consciousness. Whether a person is abducted and subsequently genetically altered with enhancements to perform certain roles, or digressed in order to be made a spiritual zombie, both methods of genetic modification are the result of the invading species agenda to completely dominate earth resources. Humans are grouped into the planetary resources as slave labor, replicated into Clones, imaged into future synthetic holograms, or used as bargaining tools with other species. The mindset of the Reptoids and other invading species of the NAA, is that humans are their personal property to be used as…

“Being possessed does not generally mean you are levitating off the bed or acting ‘demonic’. I have personally viewed many unconscious human beings totally unaware they are carrying Dead Energy, displaced entities, negative Alien Implants, unaware that they suffering from are Soul Fragmentation and/or soul disconnected and Mind Controlled to limit further consciousness expansion. Many people do not realize when they conjure demonics or satanic forces, they invite in Negative Aliens also, who will take advantage of that person through implants, siphoning, and a host of other issues concerning access to their human energy field or Lightbody. Once these entities are invited into the human body, they do not want to leave. Over time, they take over the mind and body to increase pain, will trick the person’s mind continually with delusions, may haunt and torment the person into black depression, addiction and misery, and they can be hard to… 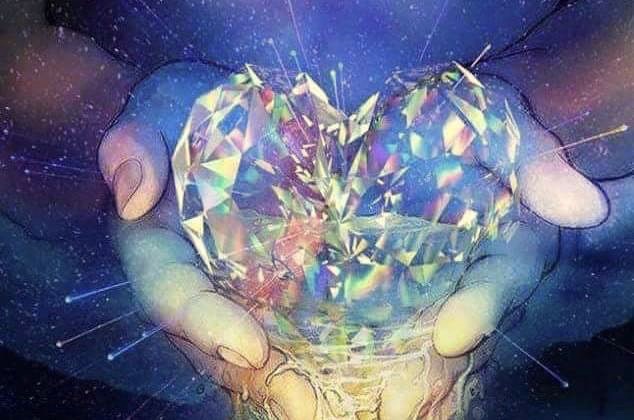 Traumatic physical and emotional events can cause shards or pieces of our soul’s energy to fragment away. Soul loss is a mechanism which serves to protect us from unbearable suffering. These soul shards usually return back after a few hours or even days, but in some extreme cases these shards can stay fragmented. Soul shards can also be caused by a psychic attack from someone practicing black magic on us.

When we have an emotional trauma happen to us, we actually may leave a part of our energy “frozen” in that time or moment. This keeps us from actually being able to feel better and move on. If we do not “heal” or retrieve our energy several things can happen to these soul shards, but mostly they fall into these categories:

—A shard can become an entity of its own, a copy of you. This entity could wander off into…

Psychopaths make up one percent of the general population.  Contrary to popular belief, most of them aren’t serial killers.

They’re manipulative people who intentionally cause harm to others without any sense of remorse or responsibility.

Psychopaths are social chameleons who can fit perfectly into any situation.

They are experts at morphing their identities to get what they want and mirroring others for money, sex, and — most commonly — attention.  Because of their ability to idealize others, psychopaths are often perceived as charming, innocent, and fun to unsuspecting onlookers and casual acquaintances.

But there is another side to them.

When they’re feeling threatened or bored, a psychopath’s true colors start to come out.  They draw you into arguments that are unlike anything you’ve ever experienced.  The argument usually stems from something hurtful or inappropriate they’ve done, but you’ll quickly find that you’re the one defending yourself.

Here are 6 warning signs that the person you’re arguing with is a psychopath and it’s time to disengage.

1.  They lie and make excuses.

Everyone messes up every now and then, but psychopaths recite excuses more often than they follow through with promises.  Their actions never match up with their words and their lies disappoint you so frequently that you actually feel relieved when they do something halfway decent.  They’ve conditioned you to become grateful for mediocre treatment.

2.  Their tone is condescending and patronizing.

Psychopaths often try to make you unhinged in an attempt to gain the upper hand.  Throughout the entire argument, you’ll notice that they keep a calm and cool demeanor.  It’s almost as if they’re mocking you — gauging your reactions to see how much further they can push.  When you finally react emotionally, that’s when they’ll raise their eyebrows, smirk, tell you to calm down, or feign disappointment.

4.  They seem to have multiple personalities.

When arguing with a psychopath, you’re likely to notice a variety of their personas.  It’s sort of like good cop, bad cop, demented cop, stalker cop, scary cop, baby cop.  Once you begin pulling away from their manipulation and lies, they’ll start apologizing and flatter you.  If that doesn’t work, they’ll suddenly start insulting the qualities they just flattered two minutes ago.  As they struggle to regain control, you’ll be left wondering who you’re even talking to.

5.  They play the eternal victim.

Somehow, their bad behavior will always lead back to a conversation about their abusive past or a crazy ex or an evil boss.  You’ll end up feeling bad for them, even when they’ve done something horribly wrong.  And once they’ve successfully diverted your attention, everything will get messy again.  Psychopaths cry “abuse,” but, in the end, you’re the only one being abused.

6.  You feel the need to explain basic human emotions to them.

You’ll find yourself attempting to explain emotions like empathy and kindness, guided by the thought that if they understand why you’re hurt, they’ll stop hurting you.  You are not the first person who has attempted to see the good in them, and you will not be the last. They behave this way because they know that it hurts you.

There’s only one way out of these arguments. You need to disengage!

Arguments with psychopaths leave you drained.  You might spend hours, even days, obsessing over the argument.  If you think you have the perfect response to their latest outrageous comment, they planted it there on purpose.  They’re trying to provoke you.  They’re trying to draw you in.

In professional environments, they want you to blow up so that coworkers and superiors see you as unstable.  In romantic settings, they want you to lash out so that they can use your “hysterical” reactions to show potential partners and exes how crazy you’ve become.  Until we understand this, we’ll continue to fall into their trap.

So next time someone you’re arguing with uses these tactics to draw you in, try a different strategy: simply smile, nod, and go live your life.

They don’t deserve another second of your time.