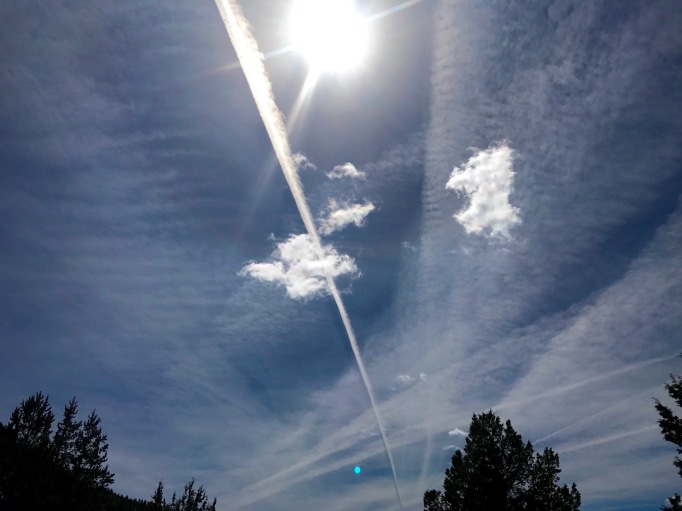 Well, it looks like some clouds were ready to chow down on some chemtrails yesterday… When I snapped these photos I was certain I heard one cloud say to another…

“Go on, my young son Cupid! Gnaw on those chemtrails as if they were the last teething biscuit on earth!”

“What big hands you have, Donald — lately, that is.”

“What, The Cloning Centre didn’t replicate your ORIGINAL hands? Aw, did those wee little fingers cause you to protest too much?”

“Now Donald, stop daydreaming.  Don’t you have work to do?…” 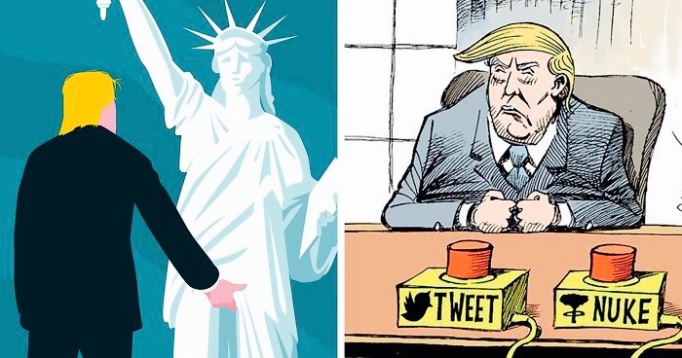 “So, you’re getting dumb and dumber with each body that fizzles out and is replicated?Oh, ALL clones do that! Keep that sagging double-chin up! You just opened huge black-hole portals of opportunity with your recent command to BRING ON 5G NOW — AND 6G!”

“Keep looking on the bright side! As a clone you can have all the Big Macs, Whoppers, KFC and Diet Cokes you want, and NEVER have to worry about lowering your brain-cell count! And if it’s any consolation, just think of all those dumb people who WEREN’T clones that voted for you, AS IF it would have made a difference…

Whether it’s more of an innocent or willful ignorance, or even a mixture of both, the masses at large are lost in a control system that shapes their minds according to specific agendas.

We’re all exposed to it.  We’re all part of it to one degree or another.

In rebellious stride, greater numbers of people are becoming more conscious of both the philosophical and systemic realities that are beyond this matrix of belief-control.  Even so, we must remember it’s always a journey, not a destination, because it’s an ongoing process of mind and heart expansion.

If we’ve recognized this adventure on a conscious level, we’ll be able to easily look back and recall when we were still deep in delusion, as well as the various stages of growth we went through as we became more aware of the madness and magic.  This process is important as it reminds us to not be hypocritical by condemning them, but to be empathetic and kind to those who have not yet acknowledged that they’re actually on a path of enlightenment, and that the system is specifically geared to suppress it.

So in that light, let’s take a look at the thinking of a well engineered minion of the matrix.  This is simply a generic illustration to evoke a little thought and emotion in those who relate to it, as well as provide a touch of humor for those who need some relief from the challenges that we face.

“I need to buy some new stuff.  The current things that I own are just not good enough.  But to do so, I need a successful career where I can be respected for the power I have over others.  That means that I need to compete with those around me, for if I don’t, I’ll lose, and then my life will be a failure.

I’m feeling stressed about this, and I’m feeling unwell too.  This isn’t good for the disease I have.  I better go to the doctor who’ll be able to give me some more medicine which will cure me for sure.  I’m so glad we’ve got such an amazing health system.

My life isn’t that bad, I guess.  I get to watch heaps of good stuff on TV, I’ve got access to plenty of good food and clean water, and I’ve got a pretty good roof over my head.  I can buy lots of gadgets that keep me entertained too;  I can’t even imagine how primitive and boring it must have been to live in the tribal days.

There are of course problems with the economy at times, but there’s been a great recovery since the GFC and we’re back on the road to prosperity.  The money system really is well designed though and its great that we’re able to borrow money from the banks to buy our own home and car, as well as start up our own business.  Even though there are some corrupt people and politicians, there’s very little wrong with the system as a whole and I don’t need to do anything because there’s not much to fix.

Plus, my only priority is looking after myself.

The government is doing its best to make my life and all our lives better too, so I’m lucky I live in such a free country.  The politicians in my party are working for my interests, however the other ones aren’t.  I hope they’ll give me more benefits when they get their legislation in.  I know they’re spying on us too but that’s just so they can catch the terrorists.

Oh god, they scare me.  Those damn extremists are ruining it for all of us;  it’s their fault there’s so much suffering in the world. We need to go and kill them all.  If we bomb them to hell we’ll finally have peace.  Well, that’s only if Russia and China stop being naughty though.

All the laws are designed to keep us safe too.  After all, if it’s illegal, it’s wrong and unethical.  For example, if only people would wake up and stop doing drugs then there wouldn’t be so much crime, addiction and mental problems.

Of course my depression and anxiety is kind of like mental illness, but it has nothing to do with the lack of self-empowerment and purpose I have in my own life, I have it because of my genetics, just like all of my illnesses. At least I’m smart by following the rules and being a good citizen.

The education system has never been better as well, so my kids will grow up really smart and wise just like me. Hopefully one day they’ll go to university and become a scientist or academic just like the experts that we read about in the papers.  Or maybe they can become a journalist and report on the truth that’s happening both at home and abroad. I might even see them on TV one day, that would make me so proud!

I can’t believe those crazy people believe all those conspiracies too.  Damn nutcases!  There’s absolutely no way that the truth is being hidden from me;  I know more or less everything there is to know about what’s going on, so if there were people working in the shadows who want to rule the world, I’d know about it!  The most powerful person to exist is the President of the Unites States of America, period.  It’s as simple as that.

I used to believe in fairytales, but not anymore.  I gave up religion and now I understand that science knows basically everything there is to know about how the universe works.  Now they’ve just got to fill in some of the gaps.  I can’t believe I used to believe in something bigger than this, I’m so glad that science helped me to understand that suddenly there was a big explosion, gravity brought little bits of matter together and that’s all there is to our existence.  So damn logical!

Anyway, enough thinking from me.  Time to get some Maccas for dinner, watch the news to see what happened today, probably put on my favorite crime show and then head off to bed so I can get up early to catch the special-release Pokemon in the morning.”

Phillip J. Watt lives on the Mid North Coast of NSW Australia. His written and film work deals with topics from ideology to society, as well as self-development. Follow him on Facebook, watch his interviews with an array of inspiring guests at his YouTube Channel or visit his website.

Received in an email… may this warm your heart and bring a few chuckles… as it did for me! 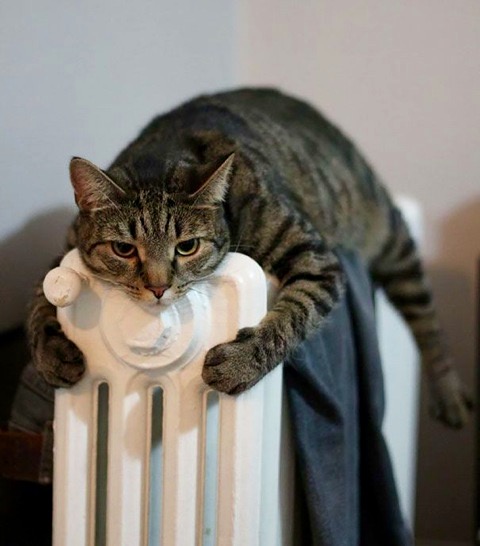 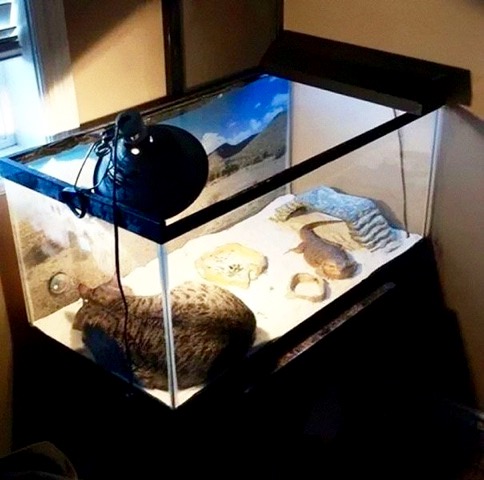 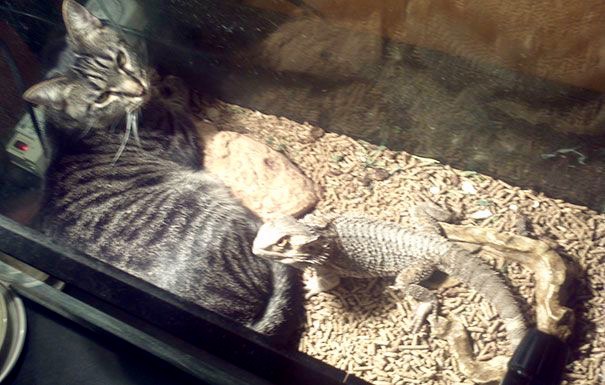 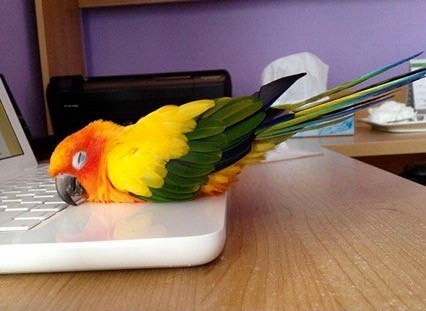 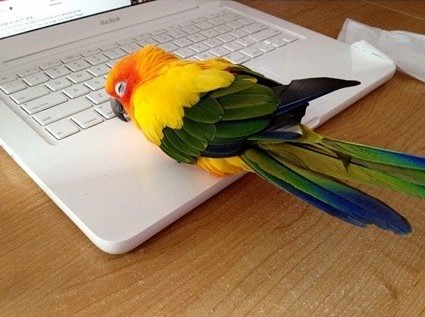 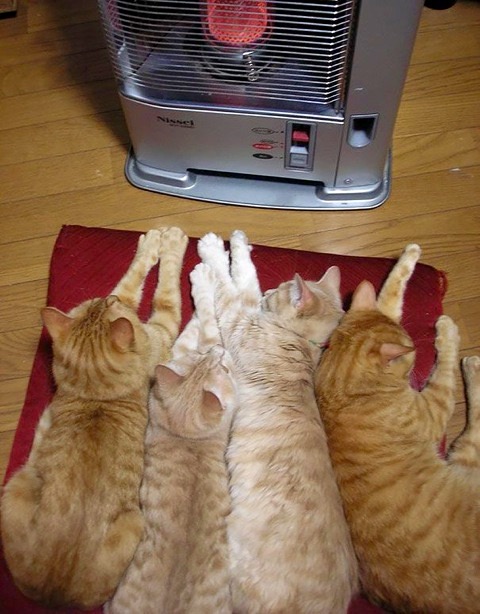 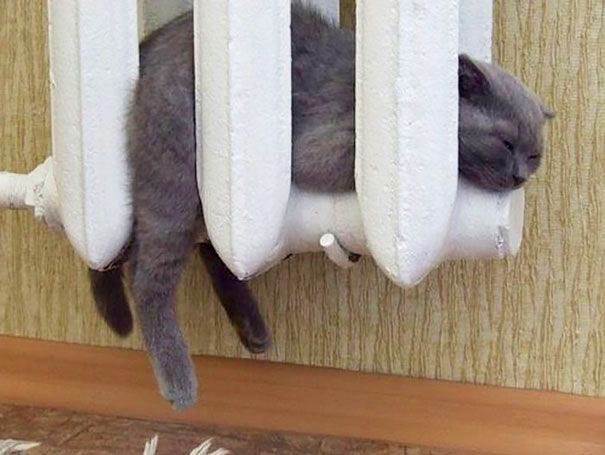