“The Male and Female principles of creation are represented within our bodies, and the function of each gender body obeys that principle in the direction of electromagnetic energy and consciousness. When we expand consciousness and unify our energetic aspects of gender, we become androgynous or hermaphroditic. That means no matter what body we are in, we have a gender body that is unified in both male and female principle, which potentially manifests the Risen Christ-Sophianic Diamond Sun Body.”

The male sexual organs represent the material body of creation in the numerology of Five (5). When the Male body is circulating energy and connecting with all earthly elements, it is represented by the five pointed star geometry, which is known as the Pentagram. This is Man represented in the microcosm, symbolizing our place in the macrocosm and the Hermetic philosophy, as above, so below. The… 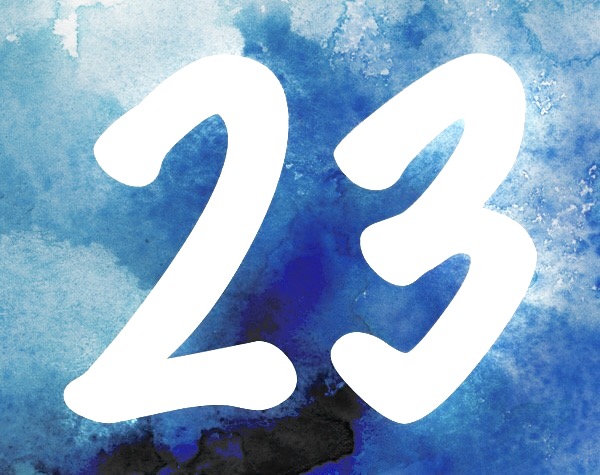 “The number 23 has been studied by many metaphysicians, including Robert Shea and Robert Anton Wilson who wrote three books about the number. The number is seen by these authors as being the key to illumination and they also claim that major shifts in collective consciousness and world events can be seen in each cycle of 23 years. Well we now know why. If we use the number 23 in occult ritual we are tapping into the manipulated mind control field of the artificial lunar forces. If we do not utilize our sovereignty and self determination in God’s authority we become subjected to these magnetic forces controlling us into a subverted reality of mind control. Mind Control creates psychotic break and is the reason for these inorganic ‘lunar/luna’ consciousness episodes in people seeking illumination through the mind. These people go insane. The example given to the moon magnetic field manipulation…

“Our planet Earth exists in three main formed identities in this Universal Time Matrix. 3D Earth is called Earth or Terra, 5D Earth is Called Tara and 7D earth is called Gaia. The name Gaia has been used to describe the future earth in its 7D form in the Monad Matrix Universe. The first seedings of the first two Root Races occurred on the 7D version of our planet called Gaia. With the latest transmission of Galactic Law, the planet is intersecting with the Hyperboreans timelines in the 7th dimension which are the original histories of humanities fall from the Edenic state. Aeonic Pairs are being taken out of the dimensional door of Transtime Continuum to experience the infinite space of God Worlds, to bring back that memory into this density. This disrupts the False King of Tyranny and the NAA Military timelines, their Looking Glass technology that has used…

“The Krystal Waters or amrita is connected with the alchemist’s Philosopher’s stone in the Magnum Opus of spiritual Ascension to birth the Cosmic Christos Consciousness. Krystal Waters and amrita oil are produced when the Negative Ego is offline and undergone Ego Death, and continues to dissolve the myopia of the Ego/Personality thoughts by radically restructuring the brain and body with the liquid hydroplamic spiritual light of the Avatar Christos. It is none other than amrita oil produced by the glands in the Krystal Palace of the brain (circumventricular organs) that is the alchemical process which turns solid matter into a liquid, and back into the raw material or prima material. This is the Magnum Opus in spiritual alchemy to dissolve the current limited sense of oneself and completely rebirth and re-form the Expanding Consciousness into knowing the eternal nature of the self.”

Ancient alchemists have written that…

“On the planetary scale, a massive shift is taking place. The movement of stars, planets, comets and asteroids through space affects the solar magnetic field; which in turn impact the geomagnetic field influencing collective and individual electromagnetic, chemical and biological systems on the earth. These forces impact our consciousness and bodies in unprecedented ways, manifesting many unusual symptoms and changes. Huge infusions of Light are coming to the Earth plane as the veil of separation and denial are lifting. Earth Ascension Changes are creating physical changes in our bodies right now. The planet is mutating, and so are the beings on it. There is a transmutation taking place in the very cells of your body. These transmutational symptoms can be extreme. Many of the ascension symptoms are vague to describe and inexpressible in linear thought and language. When people go to doctors, they are being told to take drugs or they…